Back when I ordered my Welter Dual Exhaust 2.5", I had done my research and knew a lot of people with a tall windshield and top reported issues with fumes in the cockpit. This is due to the top/wind shield causing a vacuum in the cockpit and sucking in air from the rear. Since the Welt Duals go out at the tail lights, this can cause fumes, even at high way speeds.

I had also read that some people didn't have the issue, if they were using an adjustable windshield, that allowed air in underneath, breaking up the vacuum and I gambled (and lost). If you have been reading my other blog entries, I have the Twist Dynamics Soft Top and the TD Adjustable Windshield.

After I put the new exhaust in, I made several short trips and had fumes as well as the burnoff you get with a new exhaust. Hoping a lot of it was burnoff, I ventured off on a long trip one Saturday, putting almost 350 miles on it, but to no avail. I did experiment several times, the TD Windshield is adjustable up and down, plus it will twist and flex a bit and you can adjust the outside back towards the cockpit about an inch, but it did nothing to help, not even at the tallest setting allowing a lot of wind into the cockpit. I also tried removing the soft top (takes about 2 minutes) and it didn't help either. I was almost hoarse from breathing in so much of the fumes.

Called up Jeff Welter and talked with him about the problem and he suggested a high flow catalytic converter that he can put on the down pipe. He also advised that I check for exhaust leaks, since the amount I was getting suggested that as well. I visited a local muffler shop and had them take a look and they found a small leak next to the transmission at one of the pipe joints. So, that day, I pulled it apart and put some muffler sealant on it, bolted back together and took it for a test ride. Fumes were lessened, but not gone.

Called up Jeff again and asked him to ship me the high flow cat. Received it this week and it took two evenings (due to work and lack of time), but finished the install of the cat tonight. 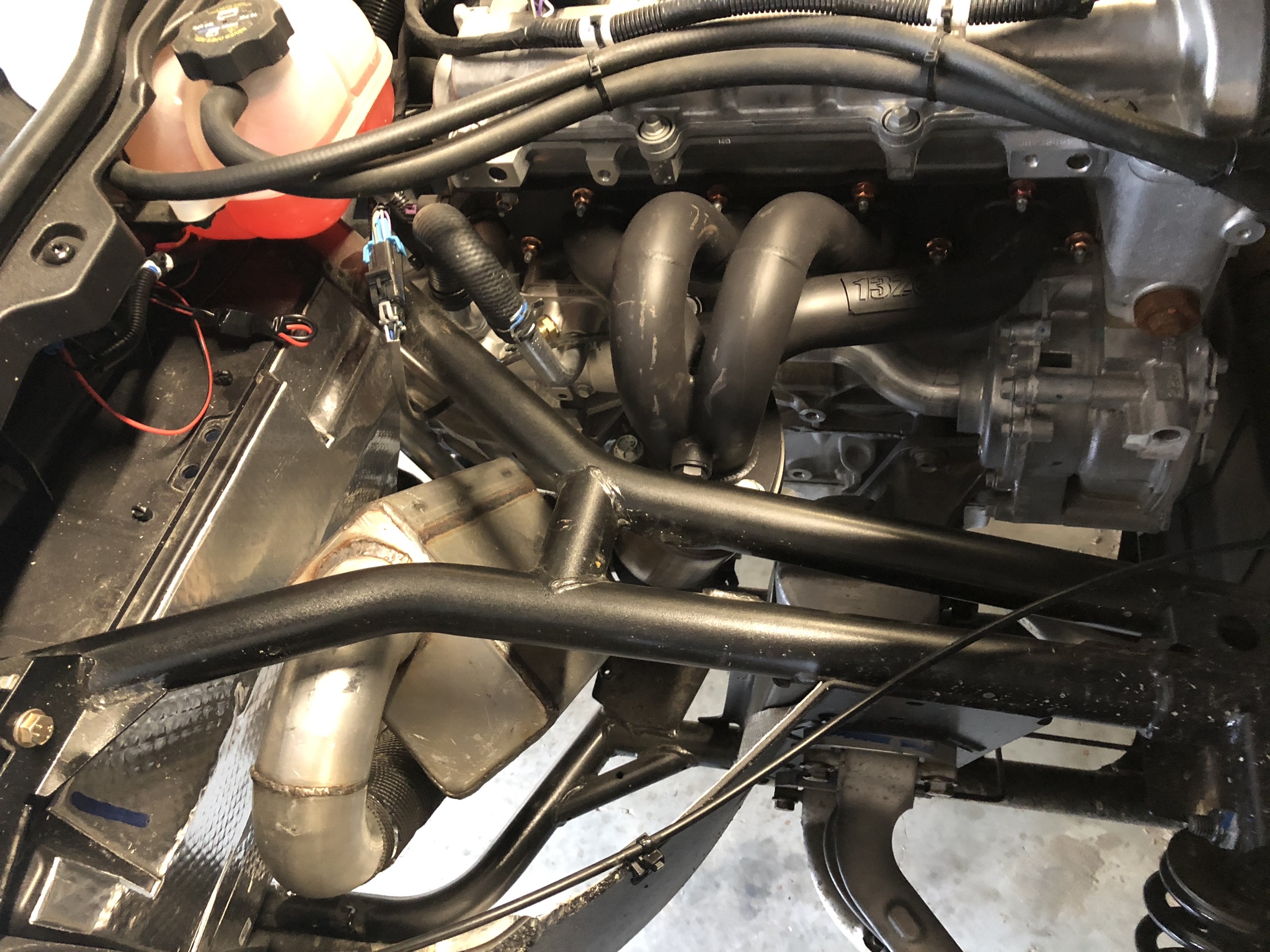 I should have taken a pic of the new cat itself before I installed, but here is a close up: 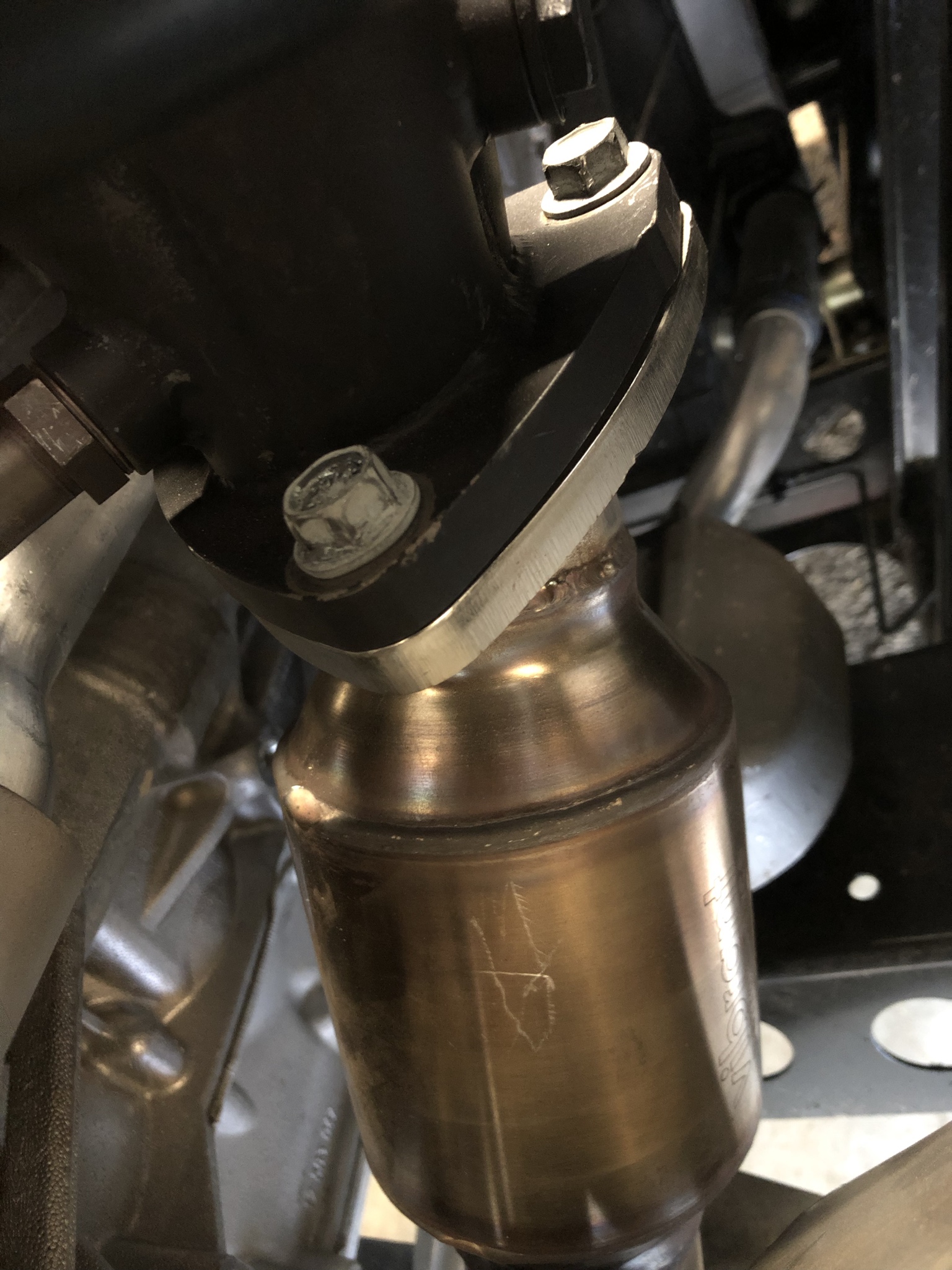 Yeah, I scratched the side of it getting it in, wasn't easy to squeeze through there and get the other end slid into the rear piping. It would have been easier if I had removed it all, but didn't think I needed to take the time. It worked out, but scratches happen, oh well.

Brand of the cat is Vibrant. I took it for a ride of about 35 miles, a big loop around and back to the house, most of the time was low high way speeds of 65 - 75, but several slow places and a few stops. I had some more burn off due to the new pipe and the sealant, but I had no fumes (was not wearing a helmet).

Got back home and had the big test, let the boss smell me to see if I stunk and she reported me good. If I didn't get this fixed, she wasn't going to ride with my anymore, so I had a lot of motivation!

If anyone has questions about my adventures with the fumes, let me know.