Finally got my rear camera wired up and put a new license plate on it. It's a Boyo HD. Maybe it's just my head unit, but it doesn't seem to be any better quality than the $40 front camera. Oh well, I like how it's mounted and it should do really well at night. 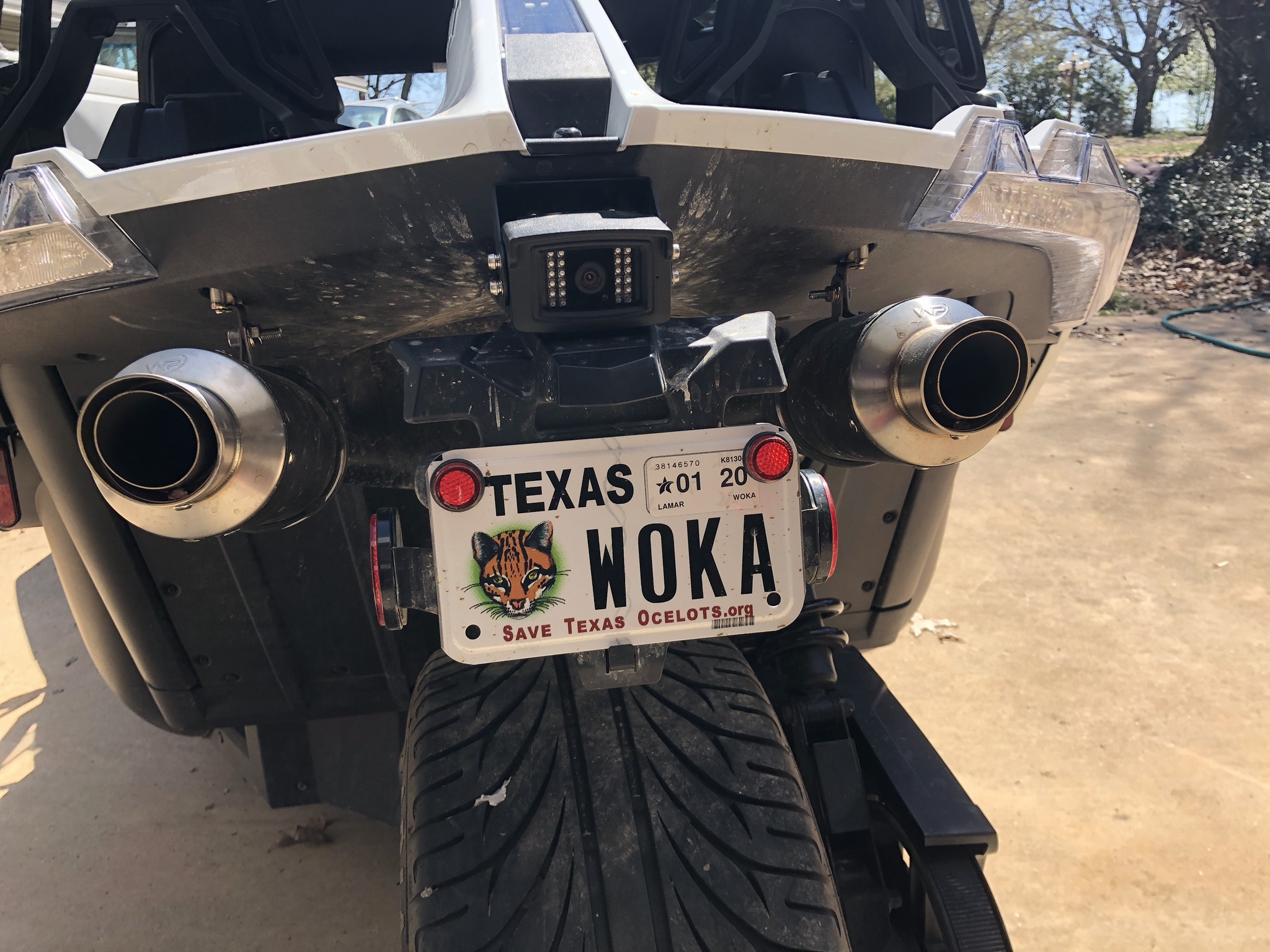 I know she's dirty, thats next on the agenda.