Did this setup right before going to MV and never did a proper write up.

I wanted more gauges, water temp and oil pressure, but didn't want to clutter the dash with pods, so decided to try and mount them above my eye level on the front/top roll bar of my TD soft top. Along with the 3 gauge setup (AEM triple with voltage), I also wanted a good place to put my TPMS display and the radar detector. 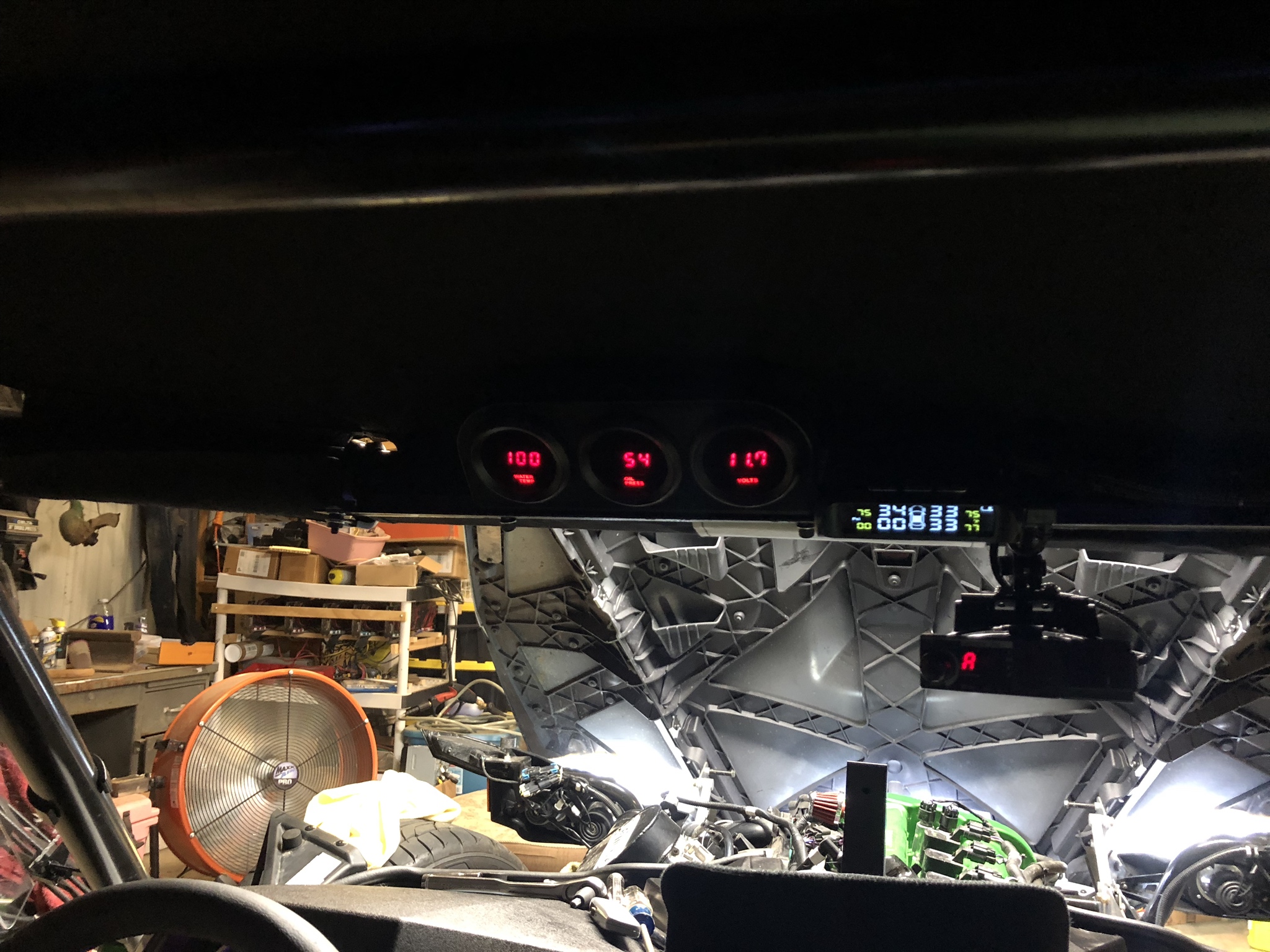 I didn't get any pics of the "shelf" I created for this, was in kinda of a hurry doing last minute things for MV. I used Stainless Steel Cable Clamp, Pipe Clamp to go around the bar's at the corners and a aluminum flat angle for the shelf. I wanted the angle to provide structural strength so it wouldn't bend too much. Putting the clamps at the corner kept me from having to cut the soft top any. One draw back to the shelf, I can't take my top off very easily if I ever want to. However, I've only removed it once, just for testing air flow and didn't keep it off for more than an hour.

I ran power and ground up from my fuse box, as well as both positive leads from the oil pressure and water temperature sensors. I utilized a common ground above to help cut down on the number of cables running up.

The TPMS I bought off of ebay, the listing can't be seen anymore (they archive too quickly IMHO), so here are some screenshots 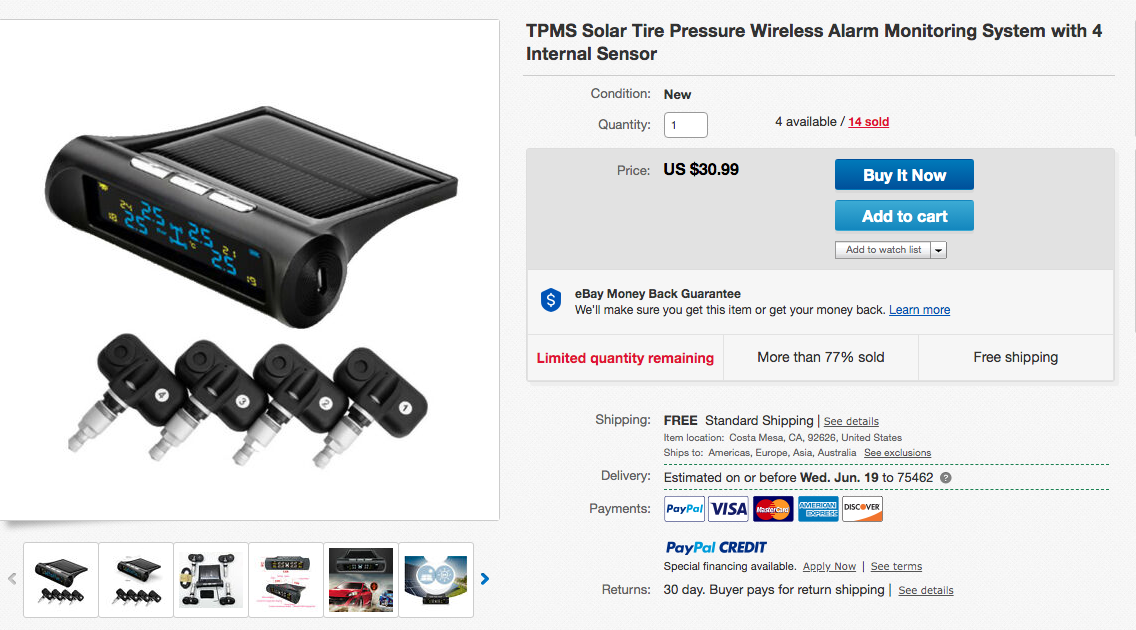 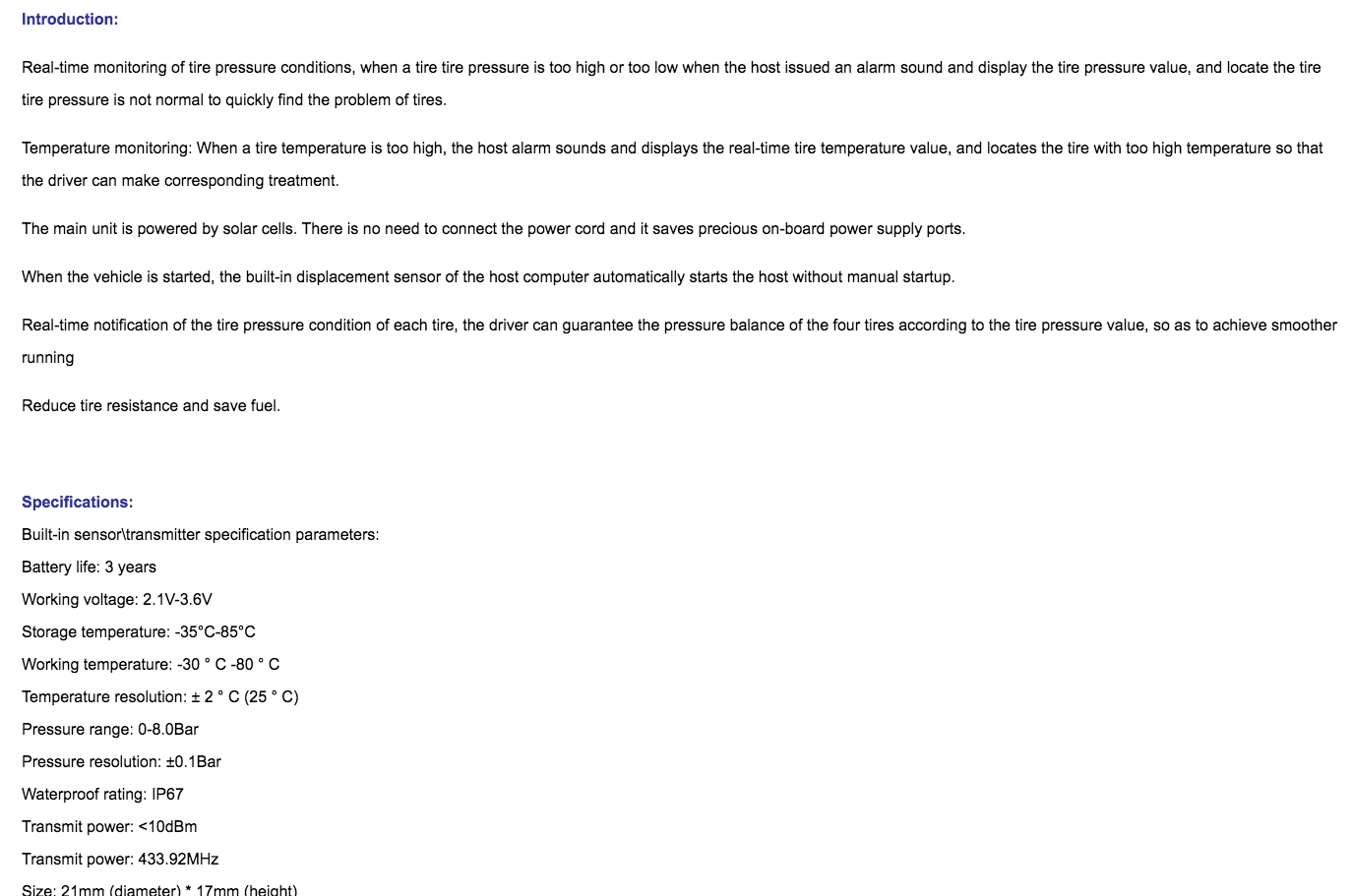 Reviews show that the solar panel tends to overheat if left in the sun and I didn't want to rely on that, so needed a micro-usb power connection. While I could have wired in a USB port on my shelf and then cabled, it seemed to be over complicated, found a nice DC-DC 12v to 5v 3a USB converter on Amazon. 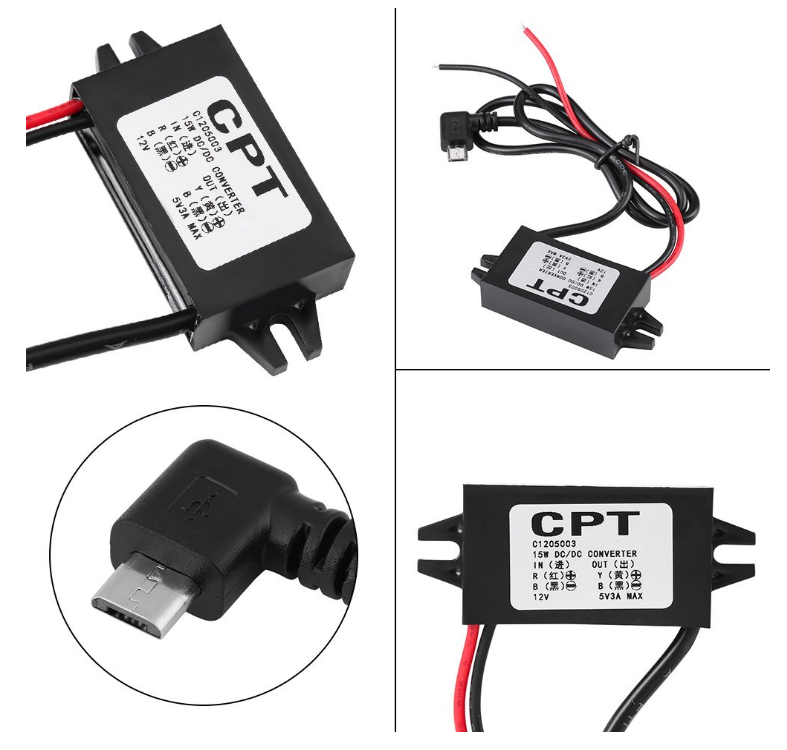 Radar detector was the easiest, standard rear-view mirror type mount, removed the clamp side and the resulting bolt was just put through a drilled hole in the shelf. It powers off of DC 12v, so just wired it into my common power.

I already had a voltmeter in my glove box, so that last gauge will likely get replaced with a Boost Controller / Gauge setup soon.

The water temperature sensor is a standard 1/8" NPT threaded setup, used a Radiator Adapter 34mm inline between the engine and the radiator on the top side. Water should be hottest there, but it's after the thermostat, so it's not accurate until the engine gets up to temp. Another common place is to put it where the heater core exit is on the engine, but I went with this one. 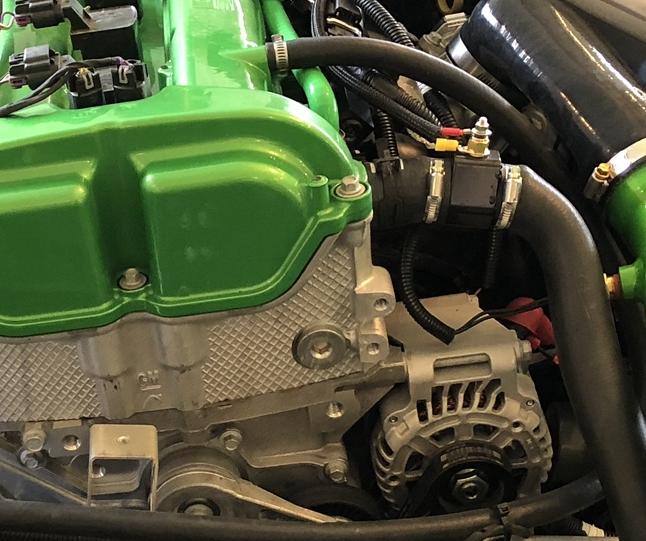 Oil pressure sensor is best placed where the stock one is, below the intake manifold, which requires you to remove, which isn't bad, except for the zip-ties on the bottom and the oil dipstick bolt that attaches underneath and is kind of hard to get to. You'll need an Autometer Adapter 2278 for your oil sensor to plug in where the stock one is. 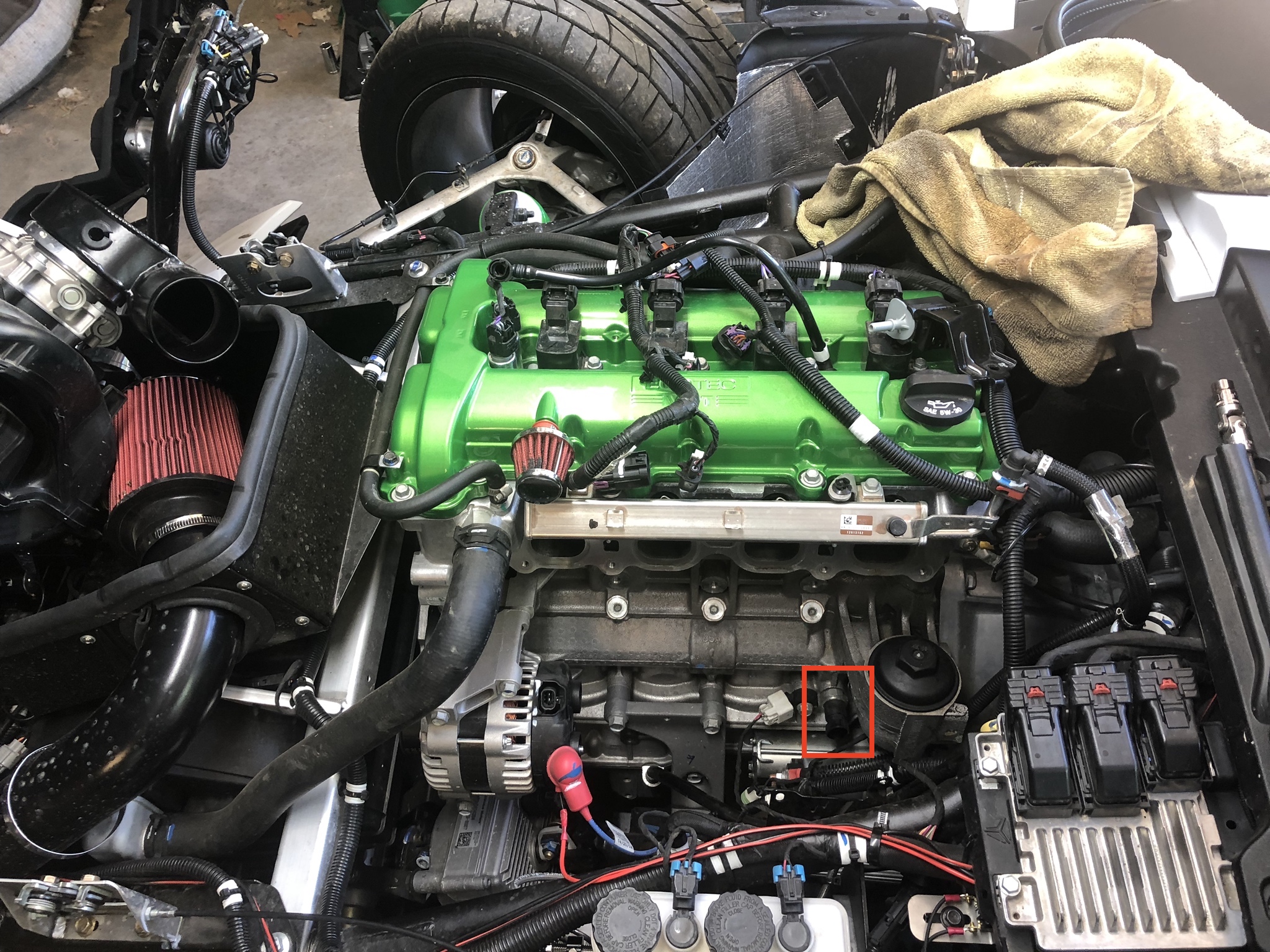 The stock sensor can be moved up behind the head, it's lower pressure there, but good enough for the dummy lights. You can unwrap the wire shielding and pull the sensor wire back far enough to relocate to the new sensor location and tape it back up. 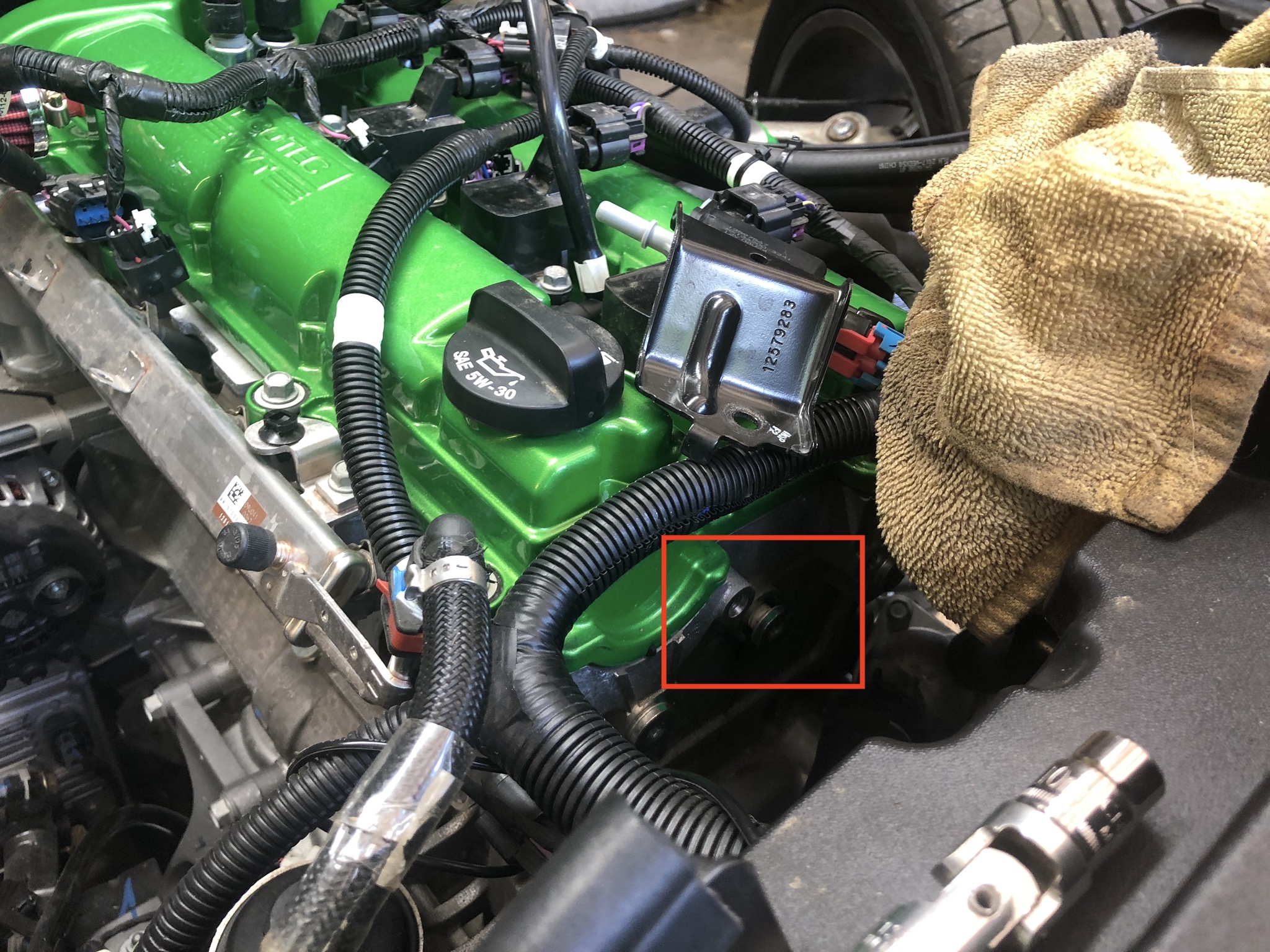 I didn't get a pic of the final installation of the oil pressure sensor. If you have questions or need more pics, let me know (once I get my Sling back from DDMWorks on the pics).