I'm not much for building my own stuff, just don't have the knack or probably the proper tools, so it really seems that I just hack stuff together. I really like bolt-on mods, just more my style.

However, there are times when you just can't buy what is in your vision and I'm struggling to make something good and that looks nice.

Here is a little taste of something I've been working on, a lower grill to protect my camera below the front splitter. 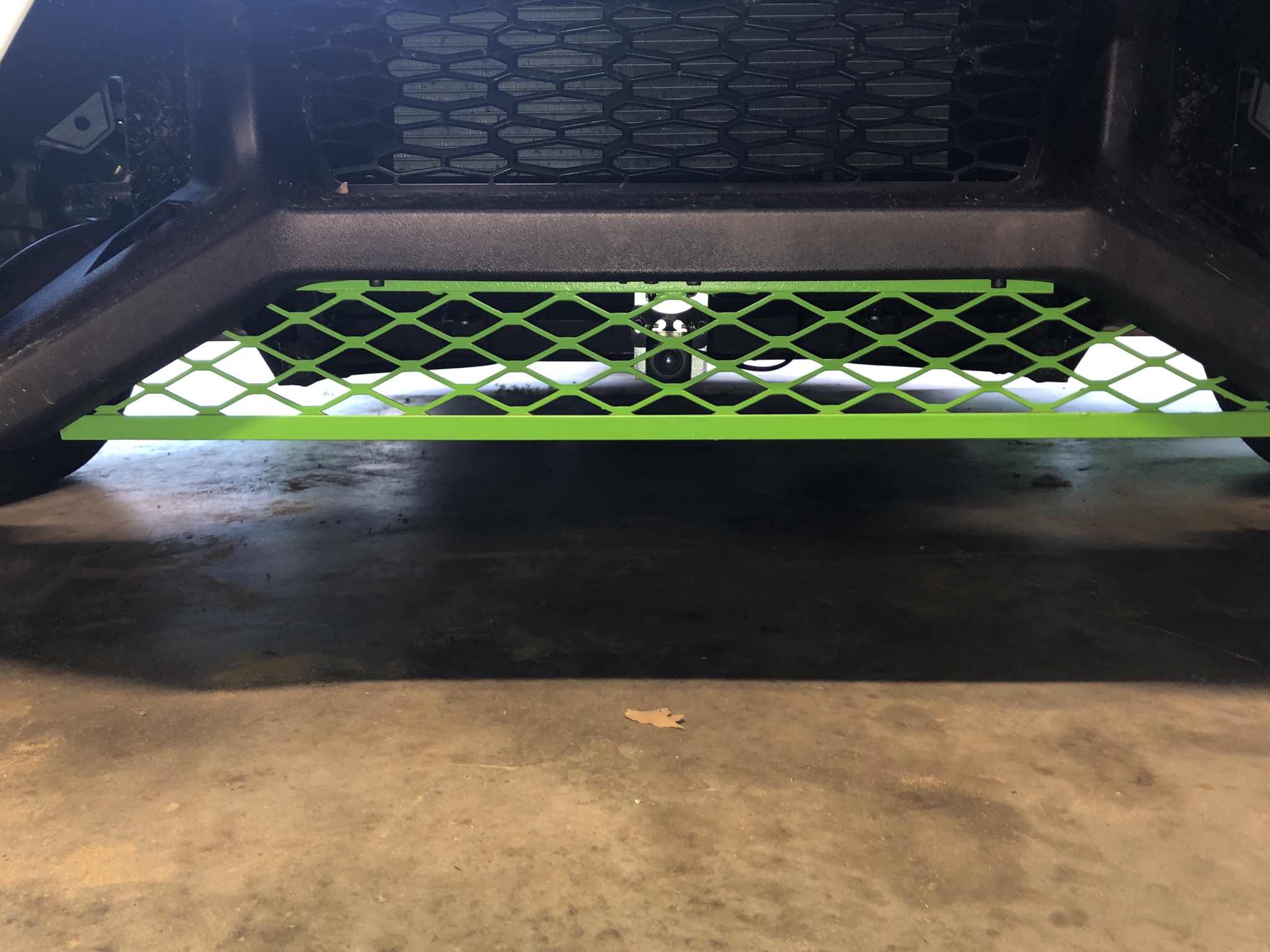 This is just a prototype, I plan to get it made a bit more professionally.

I also recently changed head-units in my ride, going away from the standard double-din with 7" screen. The angle of the SS dash just isn't good with that huge ball of fire in the sky, at most angles. Alpine's iLX-F259 is a new 9" setup is really nice, you can tilt it to 45, 20, 0 and -20 degrees.

I've modified Mytoy's 2018+ mount to fit this along with a small storage cubby below it. This head-unit is a single-din, and didn't want a hole in the setup to show the wiring. The biggest drawback for me with this head-unit was that it only supports 1 video input. Alpine has a module to do two cameras as an accessory, but they have to be alpine cameras, which wasn't any good for me. In my research, I found a Beuler AVS210 Smart RCA Video switcher and just wired it to a toggle switch next to the starter button. I have it defaulted to my rear camera and if I want to see the front, just flip the toggle while the camera display is on. 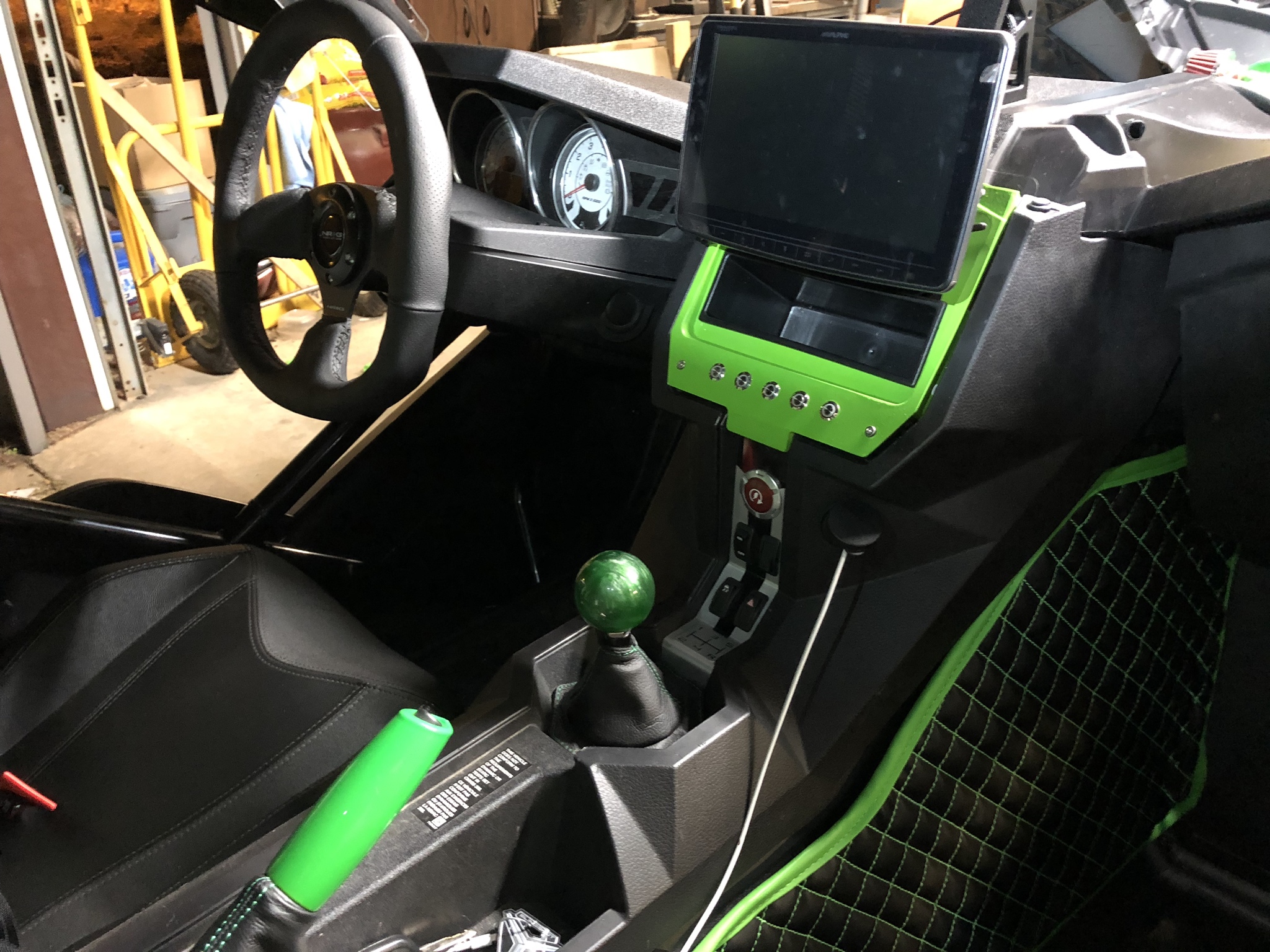 The storage cubby caused me to modify his setup a bit, the front plate isn't a true 1 din wide, most of the time the radio is behind that front plate, but with how this mounted, it needed to have a lip on the outside.

This head-unit also doesn't like you not having it in park or the parking brake connected. I didn't want to mess with that, wanted all of the menus, all of the time, so installed a bypass module. The description doesn't mention Alpine, but it does work. The parking brake is expecting a double ground tap, so on-off-on ground to trigger it, this module does that. I could have done it manually with a toggle switch, but wanted it automated.

The Alpine is also not water proof, but I saw someone at Kerrville with one and asked him about how he protects it, showed me a neoprene sleeve that he slips over the display when there is weather going on, and found one to fit the bill. I've also put a bit of neoprene around the neck that the display connects to, not shown, but didn't want any water running off of my soft-top right down into it.

Next up is a custom mount for a set of gauges and my TPMS display. It will have a hacked together feel, and probably a bit of neoprene to help shed water, since neither are water resistant.